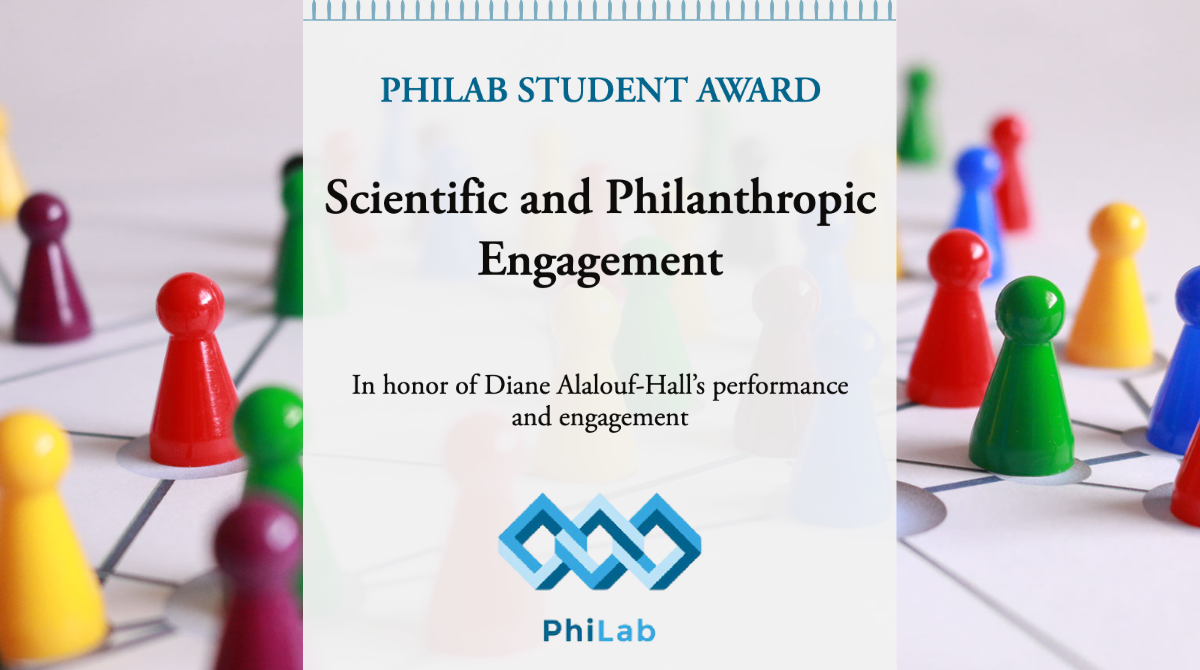 It is with great enthusiasm that we announce a new award honoring the commitment of our member Diane Alalouf-Hall.
Visit this page for more information.

This article was originally published on the Local News Research Project website. It refers to the research project «Philanthropic Support for Journalism: A Canadian Roadmap» by PhiLab’s Ontario Hub member April Lindgren. 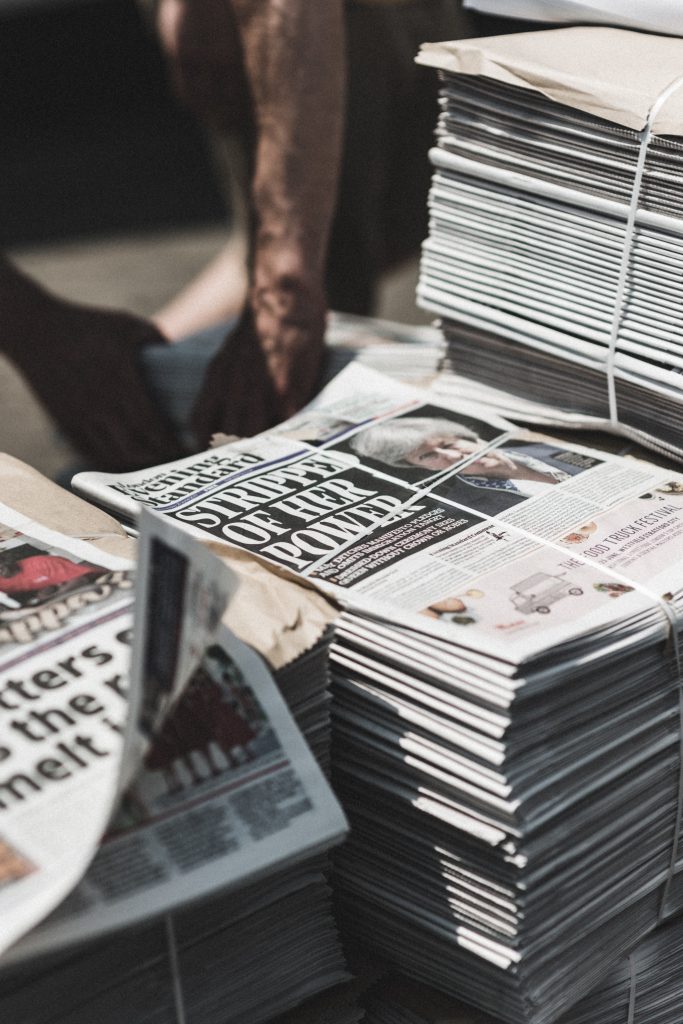 A new study launched by the Local News Research Project at Ryerson’s School of Journalism will explore what can be learned from other countries about philanthropic support for news media.

The goal is to produce a guide to help both Canadian news organizations and funders navigate so-called philanthro-journalism in the wake of new government policies that allow certain journalism organizations to register as qualified donees and receive funding from registered Canadian charities, including foundations. The new policies were introduced in response to growing concerns about the decline and loss of news organizations across the country: While 120 local news operations have launched since 2008, nearly 300 newspapers, online sites and broadcast outlets have closed in 200 communities.

“What has been happening up to this point in terms of philanthropic support for journalism in Canada is quite limited, so we thought that there was a need for a more comprehensive look at what all players in the field are getting in to,” said Ryerson University professor April Lindgren, who is leading the study.

“Philanthropic Support for Journalism: A Canadian Roadmap” will review the existing literature from the United States and elsewhere and include key findings from interviews with donors and recipient news organizations. The final report, Lindgren said, will “equip both funders and news organizations with some idea of what’s happened in other jurisdictions and what best practices might be so that we can avoid some of the pitfalls that have arisen in other places.”

Preliminary work on the study so far suggests pitfalls include a tendency toward pack philanthropy, where funders lavish funds upon a few select news organizations while neglecting others; a preference for grants that fund reporting but do not support the day-to-day operations of news outlets; and the provision of one-off grants that do little to support the long-term viability of newsrooms.

Lindgren, the principal investigator for the Local News Research Project and the Velma Rogers Research Chair at Ryerson’s School of Journalism, said understanding how to get maximum bang for every charitable dollar is important given the limited funding available and the magnitude of the problem.

Imagine Canada, which conducts research on the charitable sector, reports that public and private foundations dispersed a total of $6.7 billion in grants for health, education, poverty reduction, and other initiatives in 2017. Statistics Canada data show that in the same year, private individuals claimed $9.6 billion in donations to registered charities on personal income tax returns.

Experts suggest the total for foundation grants is probably an overestimate, that the Statistics Canada data on private giving is probably too low, and that there is likely overlap between the two categories of giving. They say, however, that the combined total of $16.3 billion is a valid estimate for the amount of philanthropic dollars available from all sources in 2017.

Just how much of that money will be used to support journalism is an open question, Lindgren says, noting that there is no way philanthropy can fill the gap left by declining advertising and other revenues. A recent report by Carleton University’s Canadian Media Concentration Research Project shows that newspaper revenues at the end of 2018 were $2.6 billion lower than a decade earlier. Revenues at commercial broadcast television stations, meanwhile, were down $622 million from their 2011 peak.

In the United States, where philanthropic support for journalism has grown rapidly over the past decade, 925 journalism-related organizations received US$255 million in 2017 from about 1,200 funders, according to a recent report by Media Impact Funders. That was more than triple the US$69 million in grants made to about 300 recipient organizations in 2009.

Lindgren predicted some Canadian funders will be cautious about wading into journalism as a cause: “There is some nervousness about getting involved in this field not just in Canada but in all sorts of jurisdictions because funders are making a donation to an organization whose job it is to make people uncomfortable and challenge institutions,” she said. “By comparison, funding a literacy program or a new wing of a hospital is less fraught.”

She said another constraint is that charitable donations must be directed to not-for-profit news organizations and, at the moment, there are few of them in Canada. Montreal’s La Presse announced it was becoming a not-for-profit charitable entity in 2018, launched its first fundraising campaign in January 2019, and collected $3 million in donations over the year. Its goal was $5 million.

Although the new rules permitting charitable support for qualifying news organizations just came into effect on Jan. 1, foundations determined to support journalism were able to find ways to do so even under the old system. The Atkinson Foundation, for instance, funded a work and wealth beat reporting position at the Toronto Star by issuing a fee-for-service contract as opposed to offering a grant.

“We began this relationship back in 2014 when it became very clear to us that the dearth of labour reporting had become a serious problem for the people we exist to serve as a registered charity – people who live on low incomes, people who are unemployed or precariously employed,” said Pat Thompson, the Atkinson Foundation’s director of social impact. “The absence of labour reporting meant that they weren’t going to be able to get news easily about some important legislative developments that were happening in the province at the time.

“We went to them and we said we’ll contract you to do the reporting but with the understanding that all journalistic ethics will be absolutely observed,” in effect pledging there would be no interference with the reporting on stories.

Lindgren said the report will document different models of philanthropic support for journalism and explore how foundations and news media in other places have navigated issues such as funders’ direct or indirect influence on news coverage, and the challenges that arise when news organizations are required to show funders that their investments have had an impact.

“Philanthropic Support for Journalism: A Canadian Roadmap”  is funded by the Canadian Philanthropy Partnership Research Network, a Social Sciences and Humanities Research Council-supported project that explores the role of philanthropy in Canadian society.

Would you like to react to this article? Write to us at philab@uqam.ca, we would love to hear from you!

It is with great enthusiasm that we announce a new award honoring the commitment of our member Diane Alalouf-Hall.
Visit this page for more information.