Philanthropy is currently experiencing a dramatic period of scrutiny. Researchers, commentators and critics are increasingly questioning philanthropy’s compatibility with democracy, its approaches and practices, as well as its ethical standing.

In this article, I argue that scrutiny of philanthropy is a good thing and call for foundations to provide arms length investment in a new body to facilitate more of it. Scrutiny should be welcomed rather than resisted. Drawing on a newly published article for the academic journal Third Sector Review, I set out the need and logic for such scrutiny. 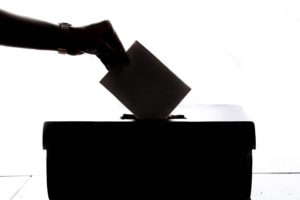 The trustees of philanthropic foundations do not have to face voters at elections nor are they answerable to shareholders or customers distinguishing them from government or business.

The logic of scrutiny
Philanthropy is essentially using private wealth for public good. It involves different people and organisations, deploying private (but often taxpayer subsidised) funds to enhance the wellbeing of our society.

Unlike with government, there is no controlling authority guiding these decisions. Whilst funding must be directed towards charitable purposes and adhere to certain reporting and other requirements, ultimate decision making is generally directed by ‘the crowd’. In the United States alone, there are around 80,000 ‘independent’ philanthropic foundations, over 460,000 donor advised funds and millions of small donors. That’s quite the crowd.

The trustees of philanthropic foundations (or just your average donor) do not have to face voters at elections nor are they answerable to shareholders or customers distinguishing them from government or business.

Foundations are typically distinct from other not-for-profit organisations and ‘doing’ charities which must raise funds from donors or secure grants. The need to raise such funds and answer to donors  imposes an accountability on such organisations.

However, it is wrong to conclude that philanthropy, and in particular big philanthropy, is not accountable. In effect, philanthropy is subject to a form of non-state regulation, in which ‘regulation’ is defined broadly to include forms of social influence that seeks to impact behaviour. Scrutiny of philanthropy is, in essence, a form of non-state regulation imposed by civil society and the public at large. Such scrutiny can vary from the organised opposition of community activists to the reform of Newark schools, or the more diffuse but still intense criticism which followed the Notre-Dame cathedral fire.

Forms of legitimacy
At the core of scrutiny is essentially a debate about the ‘legitimacy’ of philanthropy. In their examination of philanthropy and legitimacy, scholars Steven Heydemann and Stefan Toepler define legitimacy as a perception that the behaviour of an institution is perceived as fair and just. Such legitimacy can be further broken down into different sub-types.

Once we start thinking in terms of taking action to cultivate philanthropy’s legitimacy, the path to maintaining philanthropy’s social license to operate becomes clearer.

The scrutiny of philanthropy we’re seeing more of focuses on all these kinds of legitimacy and it’s fair to say that there is room for philanthropy to improve on all fronts. 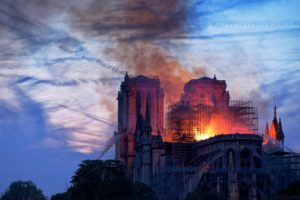 Donors who pledged (but haven’t yet delivered) huge funds to rebuild the Notre-Dame cathedral arguably lacked such an awareness, given the turbulent political environment in France arising because of real or perceived unequal wealth distribution. The backlash to their donations and the challenge to their legitimacy could be attributed, at least in part, to this lack of awareness.

Investing in scrutiny
So if scrutiny of philanthropy is a good thing, then I actually think philanthropy should invest resources into ensuring independent, robust and arms-length scrutiny of itself.

On a basic level, we need forums in which we can critically reflect on philanthropy and challenge it to be better. Media platforms which hold up a mirror to the field like Alliance and the Chronicle of Philanthropy play an important role in that regard. It’s pleasing to see a number of philanthropic organisations supporting the philanthropy-focused media and this support needs to grow.

But we need to go further. In his book, Just Giving, Stanford scholar Rob Reich proposes a system of voluntary peer review, whereby the strategies and approaches of larger philanthropic organisations in particular could be evaluated by experts, including sector leaders and beneficiaries.

If a philanthropist or a philanthropic foundation knows that its actions will be scrutinised, they will likely put more thought into their funding practices.

I think Reich’s idea deserves serious consideration. Establishing a body, or multiple bodies, focused on scrutinising the work of philanthropy would provide a valuable new form of philanthropic infrastructure.

Such a body could audit the strategies and approaches of entire organisations, or examine specific initiatives. It could involve itself in debates, providing independent and objective perspectives on the actions of philanthropy. At times it could even intervene to set the facts straight, were the debate in the mainstream media or on social media becomes too simplistic and lacks the necessary nuance. All its outputs would be publicly available, for all to see.

Whilst there are some bodies that already seek to undertake some of this work, I cannot think of a sufficiently well-resourced body that has this as its primary focus.

Scrutiny may also prompt a philanthropist or philanthropic foundation to think about how the wealth they are distributing is actually made in the first place.

Any such body or bodies would need to be properly funded, including by philanthropy itself. But they would also need to independent of philanthropy, and provided with long-term funding. Otherwise there would be a risk of self-censorship, which would defeat their purpose.

But whatever the vehicles, imposing a form of scrutiny and accountability on philanthropy has various benefits.

If a philanthropist or a philanthropic foundation knows that its actions will be scrutinised, they will likely put more thought into their funding practices. Nobody likes to be criticised, and one way to reduce the risk of this occurring is to be more diligent from the outset. This can help make philanthropy more effective.

Scrutiny may also prompt a philanthropist or philanthropic foundation to think about how the wealth they are distributing is actually made in the first place. It can lead to better alignment between the creation and distribution of wealth for public benefit, to address the concern that generating wealth through questionable business practices can involve ‘taking’ and philanthropy is a form of ‘giving back’. The scrutiny of the Sackler family’s philanthropy is likely to prompt other philanthropists to reflect on this issue. 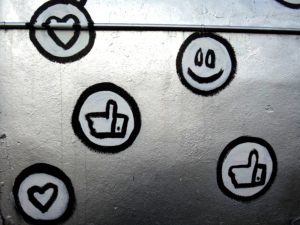 Philanthropy’s role in contemporary societies is complex. In a climate where debate is often polarised and hostile, particularly on social media, there can be a tendency towards simplistic engagement with complex questions

There are certain power dynamics inherent in philanthropy, which scrutiny can help manage.

Power imbalances between funder and grantee can lead to situations where philanthropy can have excessive influence over the priorities of not-for-profit organisations, place unreasonable demands on them, or treat them poorly in other ways. If a philanthropist or a philanthropic foundation knows that their actions will be scrutinised, they may exercise their power in ways more consistent with maintaining their legitimacy and social license to operate.

The process of scrutinising philanthropy should reflect the nuance associated with complexity, avoid sweeping generalisations, and seek to understand of different perspectives.

While there are risks that scrutiny may deter some people from engaging in philanthropy, as Beth Breeze has pointed out, scrutiny of philanthropy will lead to philanthropy paying more attention to its legitimacy and social license to operate. Even if there is a decrease in giving in the short term, I would argue that society will ultimately be better off as result of philanthropy being more effective and responsive in the long-term.

At the same time, it’s important for philanthropy to have the space to challenge social norms, values and beliefs and sometimes risk being unpopular. For example, the Open Society Foundations’ Human Rights Initiative funds projects and initiatives seeking to tackle discrimination and prejudice against people with disabilities, LGBTI people, racial and ethnic minorities, and marginalised women. This supports activists in countries around the world, in places where community attitudes and often government policy reinforce such discrimination.

Philanthropy’s role in contemporary societies is complex. In a climate where debate is often polarised and hostile, particularly on social media, there can be a tendency towards simplistic engagement with complex questions. Ideally, the process of scrutinising philanthropy should reflect the nuance associated with complexity, avoid sweeping generalisations, and seek to understand of different perspectives.

Some philanthropic organisations may baulk at more scrutiny, but it would be an enlightened form of philanthropy that recognises the benefit of constructive scrutiny, and seeks to fund more of it.

Krystian Seibert is an Industry Fellow at the Centre for Social Impact at Swinburne University in Melbourne, Australia and a Policy Adviser to Philanthropy Australia.

This article is based on a longer article, ‘Giving under the microscope: Philanthropy, legitimacy and a new era of scrutiny’, which appears in the new issue of the Third Sector Review.